Stonewall Penitentiary is an indie murder mystery adventure that is presented in the visual style of graphic novels. It pays tribute to Agatha Christie's classic And Then There Were None and horror thrillers like Scream and Saw.  Discover why you and six others were kidnapped by an unknown captor as you search an eerie prison and solve mind-bending puzzles to determine "whodunit!"

Will you survive Stonewall Penitentiary and its many mysteries, or will it be your tomb?

Stonewall Penitentiary is a traditional 2D point-and-click first-person adventure game with a focus on exploration and narrative.  It features beautiful graphic novel-style artwork and cinematic music. Explore an abandoned prison by navigating from room to room.  Separate inventory, map, journal, and character screens are available at the push of a button.

Stonewall Penitentiary plays like an interactive novel. Throughout the game, you will make choices that can affect the outcome.  The game features all standard adventure game mechanics, including locations to explore, items to collect and use, characters to meet and interact with, and puzzles to solve--all without any major pixel hunting!

You wake up.  The last thing you remember is lying in bed at home.  But you aren't home anymore.  Looking around, you quickly establish four things:  you're in a prison; your clothes are missing; your hands are tied; and you can't remember how you got here.

You are William Thane, a middle-aged man struggling with depression and alcoholism.  You, along with six others, are trapped in an abandoned prison, held captive by a sociopath obsessed with justice.  But there's a catch:  one of you is the killer!  Can you escape?  Success lies in your hands!

In Stonewall Penitentiary, there are seven suspects...and any one of them could be the killer.  Who is it?  You'll have to use your detective skills to find out!

Becca Ronni
Becca is a no-nonsense lawyer who is guarded and mistrustful.  She didn't wake up in the same place as the others.  What is she hiding?

Gerard Auberon
Gerard is a hard-to-read loner, and he likes it that way.  He doesn't say much, but he seems loyal.  Or is that an act?

Grayson Wilford
Grayson is a take-charge businessman who isn't shy about barking orders.  But is he authoritative or self-serving?

Jessie Bartlett
Jessie is a friendly, inquisitive teen girl who doesn't hesitate to let others know what she thinks of them.  Does she have a dark side?

Louis Algar
Louis Algar is a D-level actor with a sick sense of humor and a huge ego.  Could this all be a game to him?

Sonny Peyton
Sonny is a shy computer programmer who, despite being terrified, is quite resourceful.  Why is he so helpful?

William Thane
Will is a down-on-his-luck painter who is currently unemployed and struggling with both alcoholism and depression.  Throughout the game, you play as Will...but that doesn't mean he isn't also a suspect!

In order to download this game you must purchase it at or above the minimum price of $11.99 USD. Your purchase comes with a Steam key. You will get access to the following files:

Quick update for all those concerned:  Stonewall Penitentiary has just officially entered beta testing!  I will be announcing the official release date in the coming weeks.  Expect it out some time in late April or early May.  Thanks for your continued patience!  It will be worth the wait, I promise!

What is the official release date ?

Great question!  We are starting beta testing in approximately one week, and we are going to announce the official release date around that time.  Expect a release in early-to-mid March!

This was great. You have real talent mate. I really hope to see more from this game!

Thanks for the kind words!  I just passed the 80% milestone in development and plan to announce the official release date by the end of the month.  The full game features a bunch of new features, including scene transitions, so I plan to also release an updated demo.  Exciting times are ahead!

Sorry for the lack of updates. I have been in the middle of an unexpected move and have limited internet at the moment. I plan to update everyone in the coming weeks about this project, along with the revised timeframe. Unfortunately, because of the move, the game will likely be delayed until early 2018. The game is definitely still under production, however, and will not be delayed by much time at all. I think it will be worth the wait! Thank you for your question, and I hope that you enjoy the full game upon its release.

Thanks for showcasing the demo!  I hope that you enjoy the full game upon its release!

Great stuff, really enjoyed the demo! Visuals, audio and voice acting were all great, will definitely be looking out for the full version. Any word on the release date, i.e. is it still slated for this year, or next? Either way the demo captured my interest and I'm looking forward to seeing where you take it when it is out, nice job!

I'm thrilled to hear that you enjoyed it!  We don't have an exact release date set yet.  We're hoping for the end of the year, but I recently was in the midst of a family emergency that set me back about a month, so we'll see.  Either way, it shouldn't be any later than the start of the coming year.  I plan to post updates soon!

I made a video on this for YouTube. My main feedback would be that the pacing was just a touch slow for me, and that the voice from the TV just made me laugh. Other than that, it's a promising start.

You can see more of my in-the-moment thoughts in my video, if you would like:

Thanks for the video!  I'll be checking it out first thing tomorrow.  The pacing will definitely accelerate (and quickly) as the game progresses.  I appreciate your feedback and hope that you enjoy the full game upon its release. :)

I loves me a good point and click puzzle adventure, and this one is especially intriguing. Building a Saw-esque theme into things worked really well to me, you kept me really on edge during the whole experience. The journals were really well-written and gave me serious chills and I've already decided who I like and don't like (although I'm probably in the wrong camp haha!)

Keep up the great work on this one, really looking forward to seeing and playing the final product =)

Thanks for the kind words, and thanks for sharing your video!  Which characters do you like and dislike?  All will be developed as the story progresses, of course, so I'm always interested in hearing people's thoughts! :)

I like them all as in their designs, so I purely meant dislike as in I'm suspicious of them haha! In that regard I wouldn't trust Grayson or Louis as far I could throw them =D

Suspicion of everyone would be very smart at this stage of the game... ;)

the game was awesome and  i would like to see the rest of it. Just plz make it free.

I'm happy to hear that you enjoyed the demo!  Unfortunately, the full game will not be free (we have to make a living!), but it will be reasonably priced and won't break the bank. :)

I'd reckon I'd be happy to pay for it (as long as it is a reasonably long game).

We are planning for an estimated length of 10 hours.  That is, of course, subject to change based on average playtimes during beta testing of the full game.  But it will certainly be around that length.

The demo was great. I didn't experience any problems like lag or such, it ran very smoothly. I like the SAW like concept you have going, and I can't wait until this game is complete. Terrific work!

Thanks for the kind words and feedback.  I'm thrilled to see how much you enjoyed the demo!  I'm working on the full game at this very moment. :)

I was expecting more, eh clothing

Thanks for playing and showcasing the demo!  I hope that you enjoy the full game when the time comes.  It gets intense! :)

I did not expect to run into such a well made game.  I love how much it draws you in to tell it's story.  I explored far more than what I have shown in this video.  The rest of the prison that you can visit seems to be more of a prelude of things to come.  I wasn't able to find any more puzzles or items, but if that isn't true I'd love to give it another shot.  I can't wait to see this when it's finished.

Thanks, both for your kind words and for making the video!  You definitely covered everything in the video, and this is definitely, as you put it, "a prelude of things to come."  I hope you enjoy the full game upon its release! :D

I had a little feedback toward the end of my video :) I think the game's got some great potential.

Thanks for posting, and thanks for taking the time to play/stream the demo!  I'm going to check out your video and listen sincerely to all your feedback. :)

I love the art style and voice acting! Keep up the fantastic work!

Thanks for the kind words!  I'm glad you enjoyed the demo! :)

Thanks for playing/streaming the demo!  I hope you enjoy the full game! :D

What a wonderful surprise! I've been looking forward to this game for years, great job with the new engine.  It's a perfect combination of old school point 'n click adventure meets interactive fiction/visual novel  :) Can't wait for the release!

Thanks for the kind words!  I hope you enjoy the full game as much as you enjoyed the demo! :D 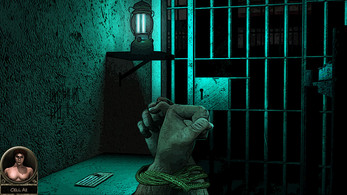 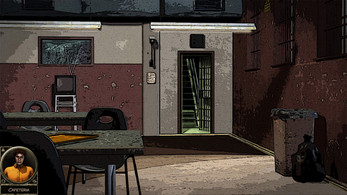 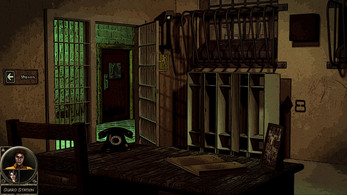 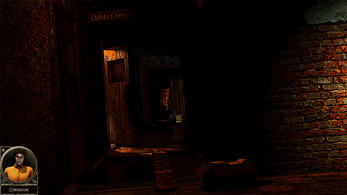 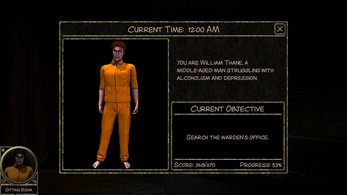 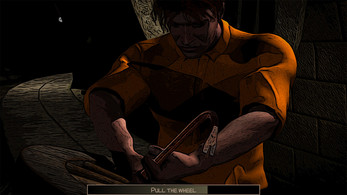 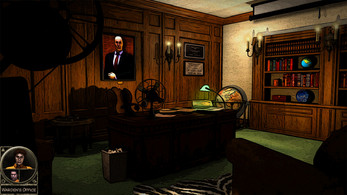 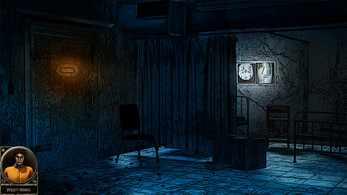 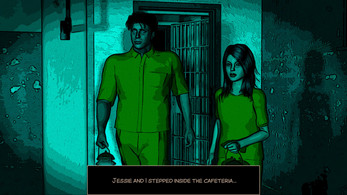 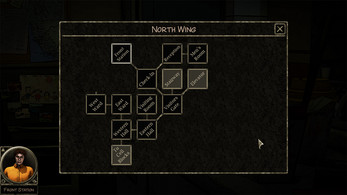 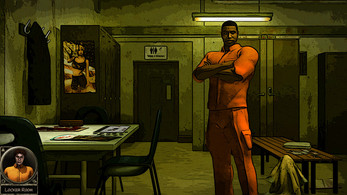 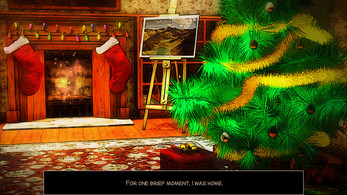 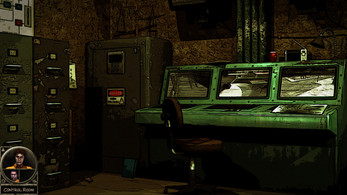 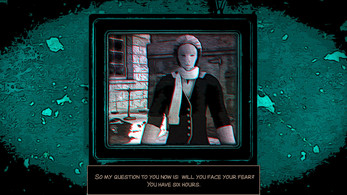