Relive the days of classic gaming with Shady Brook, a dark and mysterious text adventure inspired by the television series Twin Peaks in which players take on the role of author Jake Torrent in his search of a small town's twisted secrets.

Shady Brook is the second in a series of text adventures that puts a unique spin on classic interactive fiction, combining classic room-based explorative text game mechanics with a stylish graphical interface. It plays like an interactive novel. You make a series of choices that determine what happens next in the story. But unlike in traditional gamebooks and visual novels, Shady Brook also features more advanced adventure-based game mechanics, including locations to explore, items to interact with, characters to meet, and puzzles to solve.

Author Jake Torrent, alongside his blind father Wayne, moves to the small, peaceful country town of Shady Brook. At first, everything seems idyllic. His neighbor, Tim, is always willing to lend a hand, and the Ekan family invites him to dinner.

But soon, Jake learns that his home's previous occupant committed suicide, and mysterious things begin to occur. When another resident also commits suicide, Jake starts to suspect foul play. Could this town take part in a conspiracy to cover up a murder?

As Jake investigates, he gets more than he bargained for: a town secret so terrifying that there is no turning back...

Shady Brook is based on the 2005 adventure game of the same name. The game's storyline was critically-acclaimed. AdventureGamers.com praised its "dark, quirky characters" and "twisty story." Shady Brook was the recipient of Adventure Archive's prestigious "Best Independent Game 2005" Award.

Shady Brook is not just a standalone game. On the contrary, it is the second chapter in a brand new series of games from independent developer Unimatrix Productions. For details, please visit our website at www.storycentricworlds.com.

Overall I liked the game, I was horribly disappointed with the ending however. That was just a brutal slap in the face! Also wish I could have killed Sue Ann in the jail cell, that disgusting rapist hoe needed to die a slow death. I was thrilled to see an actual romance I liked developing before my very eyes with Jake and Kate but for reasons unknown to me, devs either have no romance at all or like in this game, become a horrible tease with it only to stab it in the heart... For a game with choices that supposedly matter, a happy ending where evil doesn't win would have been really nice to get.

Thanks for your feedback!  I completely understand your frustration over the ending.  In case you were not already aware, the story is not over yet, by any means.  This is only one chapter in a larger story, and it is one that will be getting its own specific sequel in the future.  All the characters in Shady Brook (Jake included) will be seen again in some form.  Kate, in fact, will be seen in Summit of the Wolf, which is coming out in a few months.  Without giving away any spoilers, let me just say--hold out hope!

Yes! I saw the intro for summit of the wolf and it looks really good. I played Stonewall penitentiary I think it's called and loved it! For some reason I thought Jessie was Eve lol so I didn't trust her. Then I had to go back and play it with her as my bestie lol I liked the previous games but the penitentiary one really reminded me of my fav hog games :D I'll definitely be on the lookout for for any new games I see from you.

Thanks for the kind words! 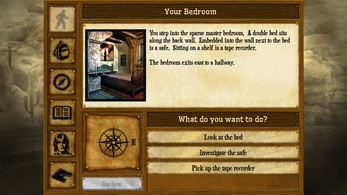 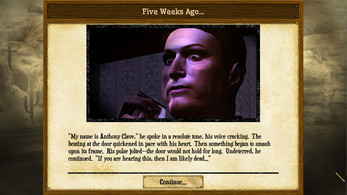 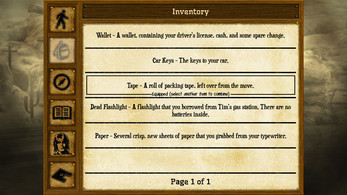 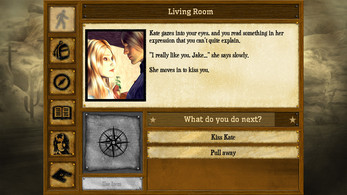 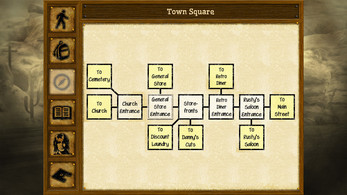 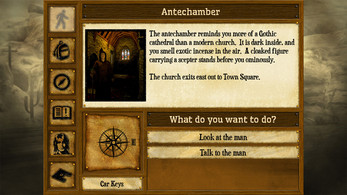