Lifestream is a haunting tribute to the classic text adventure that plunges players into the roles of Randolph and John Holton, a father and son desperate for answers to the mysteries surrounding a mysterious realm and an enigmatic brotherhood.

Lifestream is the first in a series of text adventures that revolutionizes the genre of interactive fiction, combining classic room-based explorative text game mechanics with a stylish graphical interface and plenty of modern bells and whistles like pictures and sound. The result is a polished tribute to classic interactive fiction.

Lifestream plays like an interactive novel. You make a series of choices that determine what happens next in the story. But unlike in traditional gamebooks and visual novels, Lifestream also features more advanced adventure-based game mechanics, including locations to explore, items to interact with, characters to meet, and puzzles to solve.

"Father Randolph Holton was dead. Not literally, of course. But in his heart, he knew he could not live on...not after everything he had learned. Sitting at his dark oak desk in the corner of the dimly lit, cozy study, the white-haired, frail Catholic priest--even frailer of late--dipped an old quill into a container of jet-black ink and began to write..."

John Holton's father, a Catholic priest named Randolph, has been missing for two weeks. Unable to go to the police for help, since doing so would tarnish his father's reputation as a celibate priest, John takes it upon himself to search for his father.

Over the course of Lifestream, players take on the roles of both John in the present and his father, Randolph, in the past. While John searches for answers, players see the troubling events that led to Randolph's disappearance firsthand.

Lifestream is not just a standalone game. On the contrary, it is but the first chapter in a brand new series of games from independent developer Unimatrix Productions. For details, please visit our website at www.storycentricworlds.com.

Apologies, phlebas.  I am in the middle of remastering these games and plan to update the links once I am done--most likely some time early next year for Lifestream!

The Google Play links for Lifestream and Shady Brook are dead! Are the games no longer available there? 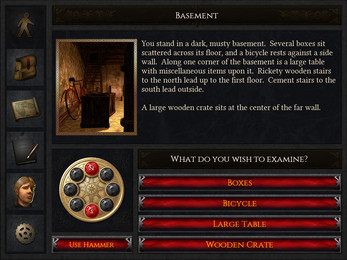 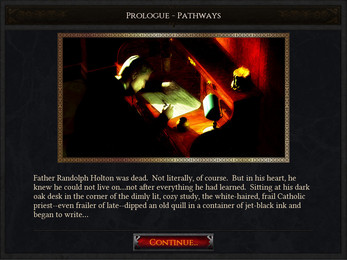 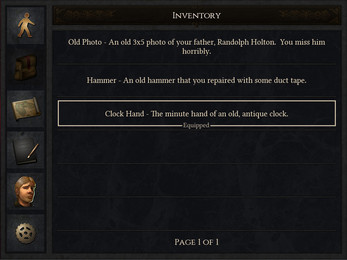 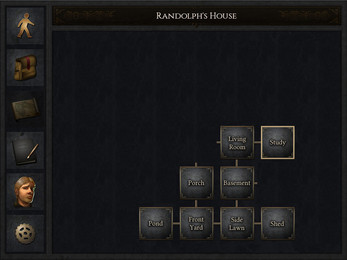 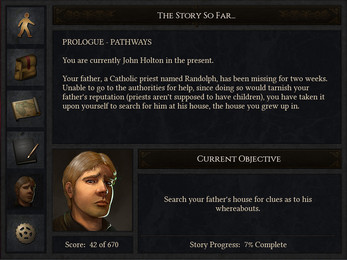